Lane talks to Paragraph Planet about her collection of short stories 'Saltwater'.

SaltWater is about people facing challenges at different stages of their lives. Each story is linked in some way to the sea. The links are more evident, perhaps, in stories set in earlier times when there was more employment at sea - but they exist also in stories with partial urban settings, like 'God Mode'.

I grew up near the sea in north Dublin and my parents are from West Cork and Kerry. My grandfather's adventures as a sea-captain sailing out of West Cork were among the first stories I heard as a child. Until 1940 he captained a smallish cargo ship, the Loch Ryan, and as a small child I remember my mother crying when she told me what became of him and the Loch Ryan. A version of this became the title story, 'SaltWater'.

My family moved on, to urban occupations by and large. I've a cousin who works at sea, and another involved in fish trading. The closest I got to going to sea myself was working on a boat on the Rhine. Some of the stories in SaltWater reflect this physical move away from the sea, but it does remain an important psychological space, bound up with notions of freedom and spontaneity.

Travel and migration are other recurrent themes. So, the extract given as my paragraph is the opening lines of story that starts in a Dutch airport with a woman en route for Greece. I left Ireland in the late 1980s, and have lived in several countries since, including Greece. For generations it's been possible to find Irish families scattered across continents, a pattern that is the new normal for many many people. Of course it makes a huge difference whether migration is driven by choice or necessity. This contrast is explored in 'Airside', a story that obliquely links a British family travelling for leisure with a group of (also British) Chagos Islanders working as cleaners at a UK airport. This story can be read online at Necessary Fiction. 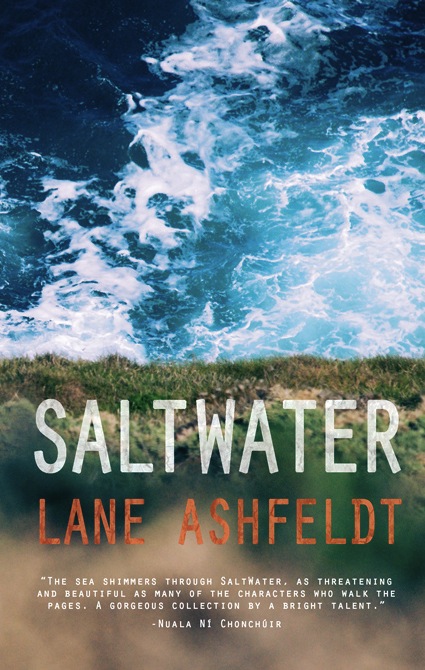 How have you chosen the order. Chronological, theme, contrast?

The stories are thematically grouped in three sections: Roaring Water Bay, Slack Water, and Rising Sea Level. There is also a chronological progression: the first story in the book is based on a shipwreck nearly a century ago during the first world war, the final story concerns an imagined near-future event on a barrier island off the US east coast.

How did the stories change over successive drafts?

As you know, early drafts of some of these stories went up on ABCTales.com, where useful feedback was received from other writers. Individually and as a collection the stories were edited to flow better, and most of them, like pairs of jeans, come pre-shrunk. The exceptions are a couple of longer stories towards the end - with these, I flagged away the chance to submit to magazines or competitions wanting fiction to a standard 2,000 or 2,500 word-length, and simply wrote them the length that seemed right to me.

Should a writer consider a book's commercial appeal when they write?

Probably. I tend to ignore the money side of things except when texts arrive from my bank to say I'm completely broke, but I'm a bad role model. I hope Liberties Press succeed in bringing SaltWater to a wider audience, as this could affect when I have time to finish my next book. The other day I was recommending a good local bookshop to a neighbour (the shop is several miles from me and only a few hundred yards from her, but she apparently never uses it). She said the last book she'll admit to reading is '50 Shades...' Maybe the thing to do is to write porn next time? 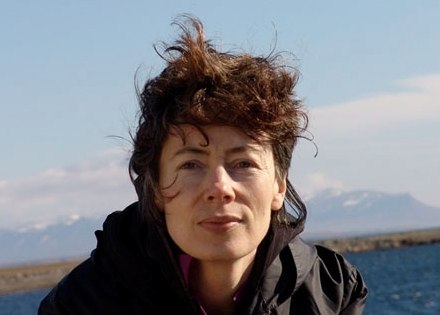 Which short story writers have you been influenced by?

It's hard to spot your own influences, but in Ireland, short stories are a big part of the literature curriculum - at my school we read short stories as part of Irish and English classes. At school I read and enjoyed stories by Liam O'Flaherty, Frank O'Connor, and others. Later, I read James Joyce, Neil Jordan, and Anne Enright. Other authors whose work as short fiction writers stands out for me are Ian MacEwan, Annie Proulx, Eileen Chang, Kazuo Ichiguro. But there are so many others.

At one time when I was off school and probably about 7 or 8 years old, I worked my way through Eoin Neeson's retellings of Irish myths, now collected in Celtic Myths and Legend (the Mercier Press). The tale I remember best has coastal elements: a jealous stepmother changed 'The Children of Lir' into swans, and banished them for hundreds of years to various seas off the Irish coast. Which is not at all to suggest this myth directly influenced SaltWater, but stories remembered from childhood are potent ones.

Lane Ashfeldt is an Irish writer who grew up in Dublin and currently migrates between Dublin, West Cork, and Wales. Lane's short stories have won several international prizes and have been performed live at events and literary festivals in England, Ireland, Wales and Iceland. Her debut collection of short fiction, 'SaltWater', was recently published by Dublin's Liberties Press, and was long listed for the 2014 Frank O'Connor Short Story Award. It is book of the month (August 2014) on Coast Magazine and is currently available as ebook and paperback.